In February 2014, the Arizona Republic's Ryan Randazzo wrote about a plan drafted by a political consulting group commissioned by the state's largest utility "to help APS change or alter the Arizona Corporation Commission".

APS maintained at the time that it had rejected the plan that was described by the Republic as a playbook for taking control of the governmental agency that regulates utilities in the state. Nevertheless, APS hired one of the consulting group's authors to lead the company's lobbying efforts.

While the plan may have been shelved, many observers believe it is "unofficially" still in play today and consider it the spark that set off the political turmoil that has engulfed the Commission since that time. As summer turns to fall, the Commission is in full-blown disarray. The chorus is growing louder everyday for Commissioners to withdraw from decisions involving solar fees proposed by APS, or step down altogether because of conflicts of interest.

The turmoil has been a godsend to public relation types charged with protecting the brand of the utility and the commissioners.  They are working overtime trying to deflect the message of political favoritism by attacking the messenger.  How many times have you heard recently that the problem is "California-based solar companies" and "solar-backed dark-money groups"? These are deceptive code words meant to undermine the real issue by feeding the cynicism of an Arizona electorate having both a long history of distrusting anything California and growing awareness and misgivings of dark-money politics. 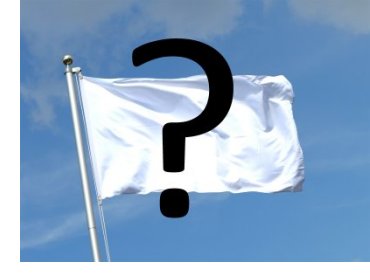 But the unvarnished truth remains the truth regardless of how these issues have been raised or by whom. These are not simply cheap shots being leveled at office holders as a result of political gamesmanship--these are valid questions and the public deserves honest answers.

While the flames of this uncertainty threaten the Corporation Commission, there is a glimmer of hope starting to emerge that a truce may be in the offing before the fire engulfs the entirety of the Commission and all work by this important body grinds to a standstill or is thrown into the courts.

On Friday, September 25, APS announced it was withdrawing its request for a new fee on rooftop solar customers. Instead, they are signaling a willingness to have the issue decided as part of a rate case tentatively scheduled to begin sometime next year, where it should be heard.

This move by APS is important and it comes at a time when real leadership is in short supply.  It remains to be seen whether the damage done to the Commission can be repaired and whether a new era of cooperation can take hold. For that to happen the rhetoric on both sides needs to ratchet down a notch or two so the questions involving the Commissioners can be addressed and resolved.  Then the real issue--the value of solar energy--can be determined once and for all and everyone can move forward with a greater degree of certainty.

Questions: Is this an opportunity to repair the fractured relationship between the utilities and the solar industry, or just a pause to allow the intense scrutiny of the commission to subside? In other words, is it a white flag or a just a ruse?

The Two Faces of the Corporation Commission

The end of solar as we know it?