There is No Plan(et) B

Climate change is no longer an issue that our politicians can kick down the road for someone else to deal with at some point in the future.

Last month, the Paris Climate Agreement passed a crucial threshold allowing it to enter into force on November 4, 2016. Reaching this milestone less than a year after the agreement was signed reflects the sense of urgency that the world community feels in our collective fight against climate change. 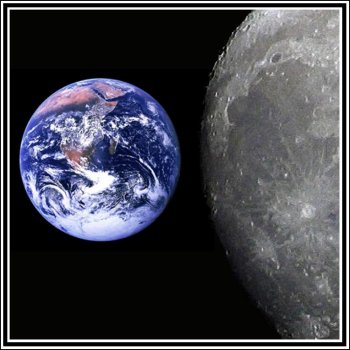 The Paris Agreement on its own will not solve climate change. But it is a starting point that requires carbon-cutting action of some form from every nation, whether they be developed economies like the U.S. or developing countries like China.

The true impact though depends on whether countries follow through. And to that point a critical element is the U.S.'s first climate change policy: the Clean Power Plan (CPP). The CPP is the Environmental Protection Agency's new rule for reducing emissions from existing power plants under section 111 (d) of its Clean Air Act.

This election cycle Americans will have the opportunity to validate this action with their ballot and decide whether or not to shift our economy away from carbon consumption and toward clean energy resources.

This issue is not only embodied in our choice for President, but in down-ballot races as well.

But make no mistake about it–our next President will decide the future of energy development in the world through their support, or lack of support, of the CPP, and as a result impact the world’s ability to begin to heal our planet. This vote will send a strong signal to other nations and will one way or another influence their actions toward fulfilling or ignoring their emission reduction commitments.

The CPP encourages our continued transition from coal to natural gas and renewables. Although this transition is already underway, driven by market forces and coal plant retirements, the CPP will accelerate it toward a cleaner future by setting limits on carbon pollution produced from power plants.

The plan requires each state to establish methodology to meet their specific emission reduction standards.

In addition to addressing the CPP, during the first 100 days of the next administration both candidates have pledged action on other energy issues that have important health, environment and economic implications.

Hillary Clinton, who supports both the Paris Agreement and the CPP, has promised to work with both parties to pass the biggest investment in new, good-paying jobs since World War II: jobs in manufacturing, clean energy, technology and innovations, small business, and infrastructure.

Campaigning across the country, Clinton has repeatedly promoted a U.S. role as world leader of the emerging clean-energy economy. Clinton has said, “Some country is going to be the clean-energy superpower of the 21st century and create millions of jobs and businesses. It’s probably going to be either China, Germany or America. I want it to be us.”

Her plan includes deploying a half billion new solar panels over the next four years, and generating enough clean energy in ten years to power all the homes in America.

It is in stark contrast to the Republican nominee’s energy agenda which includes ignoring the Paris Climate Agreement and tearing up the CPP.

In a May speech at an oil industry conference in North Dakota, Donald Trump said that in his first 100 days in office he would “save the coal industry.” Trump has pledged to lift moratoriums on energy production in federal areas and revoke policies that impose "unwarranted" restrictions on new drilling technologies.

He also has voiced his problem with both solar and wind. He states that solar is “very expensive,” and that “wind is killing hundreds and hundreds of eagles, one of the most beautiful, one of the most treasured birds.”

If the top of the ticket sets the agenda for our energy future, it is the down ballot races that will help determine which states benefit the most from a potential clean energy economy. For example, in Arizona, the Corporation Commission race could determine not only what role solar energy will play in our state’s energy portfolio, but what role Arizona could play in a clean energy economy.

Just as in the Presidential race, party affiliation separates the two sides. Solar companies are supporting the two Democratic candidates (Mundell and Chabin) and an incumbent Republican (Burns). The state’s largest utility (APS), on the other hand, is funding a political-action committee in support of the trio of Republican candidates (Burns, Tobin and Dunn).

Nowhere though is anybody talking about how the presidential and down-ballot implications fit together.

If Hillary Clinton wins the White House, and the Clean Power Plan takes effect, will Arizona be positioned to benefit? Or, will the clean energy economy find other, more welcoming states to set up shop?

If Donald Trump wins the Presidency, will the do-nothing status quo in Arizona be preserved for another generation? It is no cliché to say that your vote matters.

Questions: Besides accepting or rejecting the Paris Climate Agreement and the CPP, what other ways might the next President influence energy policy? What are some ways that the Corporation Commission and the State Legislature can positively or negatively affect energy policy?

High Noon
Were these the good old days?