Were these the good old days?

The future is not what it used to be.

In the 1990s, the push for electric vehicles gained momentum in response to national security concerns over our reliance on imported fuels and tailpipe emissions.

In the beginning, this market transformation was only a pipe dream driven by young entrepreneurs like MIT students James Worden and Anita Rajan, who started an electric car company. 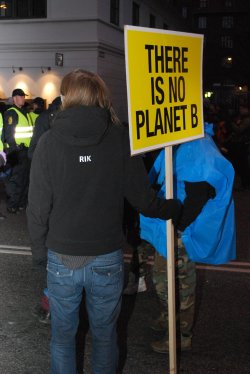 Worden, Rajan, and many others could see clearly what the future held–and it was exciting.

Today, 25 years later, sales figures amount to a small percentage of overall car sales, but the infrastructure and technology continues to improve with the range of 200-miles on a single charge the new standard. The major carmakers all have an electric vehicle product, and just this past August, the 500,000th plug-In electric vehicle was sold in the U.S. In addition, there are more than twice as many gas/electric hybrid models now on the road.

But in the aftermath of the 2016 election, the question has become whether the future for other clean energy technologies is still a certainty. The Clean Power Plan that was to shutter the majority of the nation’s coal-fired power plants by 2030, reduce our carbon emissions, create a boom for renewable energy technologies, and usher in the utility of the future, is now on life support, and it seems almost certain that a President Trump will pull the plug on its future.

And yet it is impossible to put the clean energy genie completely back in the bottle. Despite the President-elect’s promise to save the coal industry, the reality of cheap shale gas and falling prices for renewables will continue to inflict a slow death on the coal industry.

The problem of climate change is not going away just because the President-elect believes it is a Chinese hoax. Eventually there will be a tax on carbon emissions. The utilities know this and they will continue to move toward cleaner resources because the reality is that utilities are not going away either.

The utility of the future is still going to be one in which there is open access to a grid run by everyone. The future will be one in which energy moves in a number of ways–not just from a central plant to the end-user.

Clean energy resources remain the key to a sustainable planet for our children and our grandchildren. The majority of people on the planet know this.

The election results of 2016 have only postponed the inevitable. After all, the best way to predict the future is to invent it. And luckily for us there is a new generation of Jim Wordens and Anita Rajans working to invent a clean future.

Question: What is the utility of the future?