Nearly 40 years ago, President Carter proclaimed the dawn of the solar age. But that proclamation may have been a little premature.

At the time, solar electricity was a space-age technology. The larger solar industry was primarily a backyard, do-it-yourself industry: homemade solar water heaters, solar cookers made from cardboard, and attached passive solar greenhouses.

Activists at the time were lobbying utilities to develop utility-sized renewable resources as part of their centralized power plant portfolio. Utilities were the only game in town and rooftop solar electric was cost prohibitive.

I remember participating in a discussion with an APS official at the time who told me that if the utility were to build solar power plants, we would have to let kids out of school to clean them every time there was a dust storm. His point was that it just wasn’t practical, let alone economical. 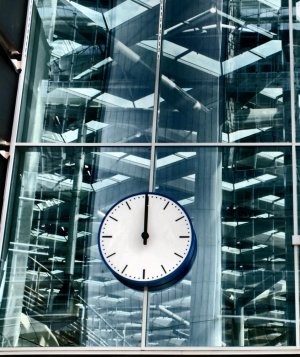 That was the political landscape for solar energy at the “dawn of the solar age.”

Times change, and the solar landscape and the utilities have changed too. I wish I could find that APS official and engage in a discussion based on what we know today.

APS, though, is no longer a reluctant participant in solar development. This week the utility was recognized for crossing a major milestone--surpassing 1 GW of solar energy capacity in its system, which is equivalent to the daytime needs of 250,000 Arizona homes.

The 1 GW of solar generation comes from a combination of APS-owned systems, power purchase agreements and rooftop solar homeowners who feed clean green electrons into the system. It is the perfect mix as envisioned by the 2005 Arizona Corporation Commission when they created a carve-out for distributed generation, recognizing the benefits of reduced line losses and the need to build new transmission lines. And to this vision, a slight majority of the solar capacity in the APS system today comes from distributed resources such as rooftop systems that produce the power at the point of consumption.

The driver in this change is largely attributed to the fact that the economics have changed too. Five years ago, a rooftop solar electric system cost the typical homeowner just over $6 per watt. According to GTM Research, that average price has been nearly halved, falling to $3.14 per watt.

The debate has also changed. Since 2014, the focus in Arizona, and across the country, has centered on utility proposals that attempt to gut the mechanism that requires utilities to compensate solar customers at full retail rates for the excess electricity they generate--so-called net metering.

The debate rages on despite the fact that some fundamental questions remain unanswered: What are the costs and benefits of rooftop solar — and, who benefits and who pays?

In late January, 2014, the Arizona Corporation Commission (ACC) opened a docket on net metering issues and ordered that workshops be held to inform future Commission policy on the value of distributed generation. After nearly three years of stops and starts, that process is inching closer to a resolution.

The left-leaning Brookings Institute has summarized a number of studies and concluded that net metering “frequently benefits all ratepayers when all costs and benefits are accounted for.” The benefits include transmission and distribution costs as well as environmental and economic benefits.

The studies across the country range in time from 2009 to 2015, while the benefits identified range from a low of 3.56 cents per kWh (SAIC) to a high of 33.7 cents per kWh (Maine). The closest to Arizona is a Nevada Public Utility Commission study from July 2014 that put the benefits at 18.5 cents per kWh.

APS, on the other hand, wants to use utility-scale solar as a proxy for the value of excess rooftop solar generation, thereby slashing the compensation for the solar-generated electron to roughly 2.895 cents per kWh. That is a far cry from the current average retail rate of 12 cents per kWh that is required under the net metering rules in Arizona.

In the coming months the ACC is expected to put a price on the cost/benefit of solar in Arizona. It is most likely a number that will change in the future as more benefits are defined, such as the benefits derived from a reduction of carbon pollution that could result if the Clean Power Plan passes the challenge to its authority before the US Supreme Court. Another solar benefit that could be recognized in future policy changes is that resulting from the conservation of water, especially as our nearly decade-old drought continues.

If President Carter was correct in putting a time and date on the dawn of the solar age, then we are definitely approaching high noon in the desert.

Questions: Should rooftop solar be considered a different resource than utility-scale solar for the cost/benefit debate?

We are all frogs
There is No Plan(et) B