We're Number 1: The Only State Without An Energy Office

This past month Arizonans witnessed the dismantling of its Energy Office in what was described as a budget saving move.

But, it is difficult to understand how eliminating a state agency that doesn't rely on any state funding is a budget saving move.

True, the federal funds that supported the office came with strings attached -- like maintaining an energy emergency preparedness plan and executing that plan in the event of an emergency.

Preparing for emergencies like the life or death situation that presented itself when a hard-freeze in the winter of 2007 resulted in propane shortages throughout the West. The implementation of elements in the plan helped lessen the impact felt by citrus growers and people living in rural areas of our state.

Or, when the Energy Office staff, in conjunction with the Department of Weights and Measures, managed the crisis brought on by the 2003 Kinder Morgan pipeline break. At its worst, two-thirds of Phoenix's gas stations were out of gas because of the week-long pipeline outage. 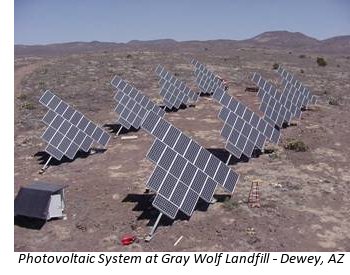 On several occasions the energy emergency preparedness role the Energy Office served proved critical in ensuring the health and welfare of Arizonans.

Also overlooked in the budget saving move to eliminate the Energy Office were the millions of dollars in grants its staff secured over the past 40 years. The Energy Office was very successful at obtaining federal funds in support of innovative programs and projects -- like the grant obtained 15 years ago to reduce tailpipe emissions in and around Tucson through a pilot project to convert taxis and shuttle vans to compressed natural gas.

Then there was the grant the Energy Office secured over 10 years ago to assess wind resources on state owned lands that could deliver substantial economic and environmental benefits to Arizona.

Or the federal funds the Energy Office obtained that allowed the Arizona State Land Department to develop a GIS system to evaluate whether a parcel of state-owned land is a good candidate for utility-scale renewable energy development. This grant not only allowed State Lands to complete a number of transmission studies that have helped fast-track renewable projects on state lands, but it also led to the first-ever solar facility built on state land: A 400-acre parcel of state land in Yuma that is now home to a 35 MW solar power plant whose 35-year lease will net the state $10 million in lease payments for the benefit of the state's education system.

Since the year 2000 the Energy Office was successful in obtaining more than 30 federal grants for special projects that ranged from a 2004 idle reduction pilot program for school buses in 50 school districts statewide, to a 2002 grant in support of an APS project at Gray Wolf Landfill in Yavapai County that demonstrated a solar-hybrid power system, using PV and battery storage to decrease fuel use from the landfill's diesel gen-sets.

The Energy Office's legacy will be one of promoting policies and initiatives that strengthened the state's economy, bettered the environment and provided energy security.  Who will fill that role in the future is unknown -- but whoever it is will be hard-pressed to serve Arizona as professionally and as cheaply as those that staffed the Energy Office over the years.

Question: Is there a role for government in the energy field?