For What It's Worth

The debate over climate change is largely settled, and most Americans understand that one of the best weapons to reduce climate altering emissions is for individuals to employ passive solar strategies and adopt renewable energy technologies.

Or, simply use less fossil fuels.

But not everyone is onboard.

As incredulous as it may seem, a fresh assault is being waged by a new cadre of hired guns targeting "Big Solar," with the inference it is going to be the downfall of our way of life unless we can stop it from picking our pockets. 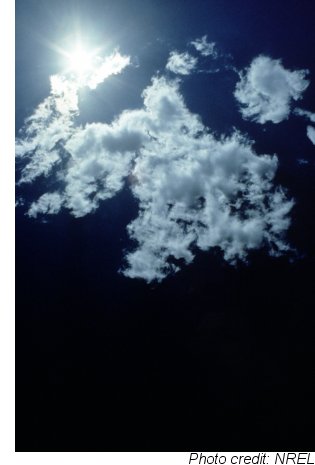 At least that is the message from a new non-profit organization "dedicated to shining a light on the darker side of solar power."

Ironically, at a time when climate altering fossil fuels are actually threatening all life as we know it, the "Big Solar" marketing campaign is arming itself with a legion of solicitors going door-to-door trying to find Arizona homeowners that believe they have been scammed.  Adding to the irony is the tab is being paid by organizations with ties to Big Oil and the fossil fuel industry.

I am sure they will find enough examples with which to fan their flames of discontent -- as we all know there are a few bad actors in every industry, and solar is no exception.

But, make no mistake about it, the propagandist behind this new effort have taken this debate over the edge of a cliff with the clear intent of delivering a death blow to the rooftop solar industry.

Appealing to the anti-government fervor among a certain segment of the population, this marketing campaign denounces as false the notion that solar is becoming cost-competitive  with conventional power, while pushing the storyline that rooftop solar is unfairly profiting from cronyism, handouts and special treatment.

It's hard to fathom solar as the bad guy in comparison to the monopoly interests and the benefits given them and the fossil fuel industry throughout our history -- but that is the narrative being packaged for public consumption.

It would almost be humorous if not for the large sums of money that is going into promoting this new attack, and the potential damage it poses to anybody associated with a solar business venture working in the residential market sector.  These propagandist mock solar for the same sins that benefit the sponsors of their campaign.  It is not only disingenuous, but also takes what had passed for honest debate in forums such as hearing rooms and media reports and moves it closer to the gutter.

The warning has been sounded and unless we learn to live and work together, we  will continue to surrender the gains made over the past decade and forfeit our best chance of reversing the troubling trend of climate change.

There's something happening here -- and what it is is pretty clear.

Question: Good, bad or ugly, what has been your experience with either rooftop solar electric or solar water heating?