An Energy Transition is Already Underway

Carbon targets aren't anything new. States and local governments have set targets for reducing carbon pollution going back more than a decade.

But last week, after more than two years in development and more than 4 million public comments, the final rules for the first national standards to limit carbon pollution from existing power plants were announced by the EPA in its 1500-page Clean Power Plan [CPP].

And that is new: a national commitment to clean power as a way to fight the effects of climate change at its largest source--carbon emissions from our nation's power plants.

The CPP, which goes into effect in 2022, aims to cut 32 percent of carbon emissions by the  year 2030. The plan establishes reduction targets for each state and gives states the authority to determine how to meet their specific targets. 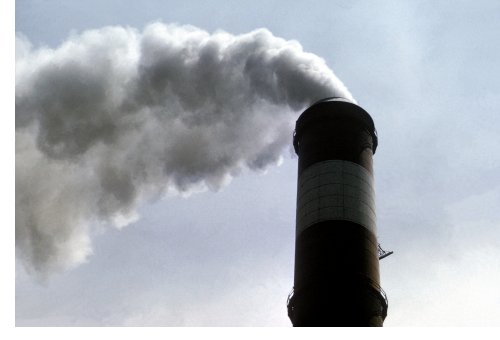 States can now begin the process of crafting their final plans. The plans will likely build upon a combination of solutions, such as retiring obsolete and dirty power plants in favor of cleaner burning fuels, emission trading, energy efficiency measures, and installing more renewable energy facilities.

Ironically, for the past two years rooftop solar has been under attack by some in the utility industry; now it is part of the solution for utilities to meet their carbon reduction targets. But rooftop solar is not the only solar solution.

The Clean Power Plan does not discriminate when it comes to clean energy solutions: as long as the energy is clean, reliable and affordable, it doesn't matter where it comes from.  The clean electron could come from a roof

top in Anytown, USA, a community solar project, a large scale solar plant sitting on a large tract of desert somewhere in the Southwest, or a wind farm in the Midwest--all examples of how to transition to an alternative future that is cleaner than the world we live in today.

And it doesn't have to cost more either. A utility-scale photovoltaic power plant in Nevada is selling clean power at a lower cost than conventional power plants fueled by coal or natural gas. Solar prices are 50 percent lower today than just five years ago and they continue to decline. Prices are expected to decrease an additional 40 percent by 2017 according to Deutsche Bank.

Nor is it a job killer.  According to the Solar Energy Industries Association, the solar industry employs nearly 174,000 Americans--more than tech giants Apple, Google, Facebook and Twitter combined.  The solar industry is pumping nearly $18 billion a year into the US economy.

The Clean Power Plan is not only unlocking the potential of technological innovation in renewable energy--it is also encouraging innovative financial approaches and solutions like the Power Purchase Agreement, the community solar model, and the solar lease, all of which have made renewable energy affordable and within the reach of almost every consumer.

It will also encourage more public/private partnerships like the energy savings performance contracting procurement model that allows our public institutions to implement energy efficiency solutions that pay for themselves at no upfront capital cost to the government entity.  The energy cost savings pay for the improvement over the term of the contract with the private-sector Energy Services Company that installs the equipment. According to the Lawrence Berkeley National Laboratory, this innovative procurement method is expected to more than double to between $11 and $15 billion in efficiency improvements by 2020, and provide significant associated carbon emission reductions from our nation's public buildings.

The Clean Power Plan will accelerate a transition that is already underway, and it will present a golden opportunity for more exciting innovation throughout the clean energy and financial sectors.

Question: How do we shift the policy debate about the Clean Power Plan from focusing on short-term impacts to the long-term benefits?

The Times They Are A-Changin’
We're Number 1: The Only State Without An Energy O...