Earthwise, Solar Choice and Solar Partners are just some of the marketing catchphrases and program names that have characterized utility solar programs in Arizona since 1997.

Over the past two decades these ratepayer funded programs have been a big part of the APS, TEP and SRP brand. They are also partially responsible for the huge success the solar industry enjoys in Arizona today.

In the beginning these programs were essentially pricing schemes.  Utilities developed renewable energy generating capabilities, and then sold the clean energy at a premium to their customers.  Ratepayer funds supported solar projects at Springerville, the Glendale Airport, Flagstaff, Yuma and Tempe.  Although small by today standards – these projects were the foundation of the utility solar programs.

In 1997, APS’ Solar Partners program asked residential customers to buy blocks of solar generation from the utility at more than double the cost of “traditional” electricity.  The program was capped at 15,000 participants.

Customers bought this product mainly out of a concern for the environment.

The following year, SRP introduced its Earthwise program.  “When you sign up for Earthwise Energy, you will be supporting clean energy, and you’ll play a major role in preserving precious natural resources,” the marketing message declared.

EarthWise Energy was SRP’s environmental commitment to Arizonans – sort of like a Boy Scout motto for the utility business – saving resources for the future by protecting and conserving our limited natural resources today.

Eventually these programs evolved into support for distributed generation projects on customers’ rooftops.

In 2013 and 2014, the utilities altered their support for solar and tried to put the genie back in the bottle. 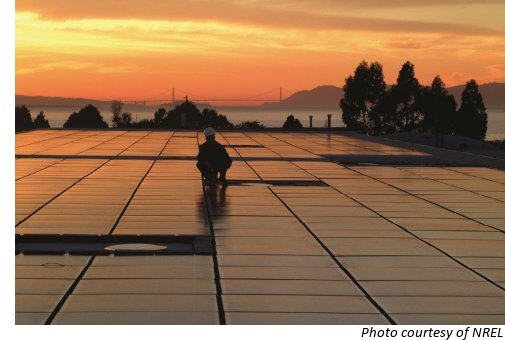 APS battled the industry and environmentalists in an effort to implement new fees for rooftop solar owners as a way to slow distributed generation adoption rates that threatened the utilities’ 100 year-old business model.  The move signaled a shift away from a partnership with the nearly 30,000 APS residential solar partners who had bought into the utility promise of “investing in the future.”

Rooftop solar homeowners were no longer “partners”, but were portrayed in an advertising campaign that blanketed the airwaves as “freeloaders.”

Marketing messages aside – it was the beginning of a power struggle over individual freedom to choose and create your own electricity – regardless of the reason.

Earlier this month, SRP joined the battle in walking back its commitment to its 12,000 residential customers that had invested in clean energy products in partnership with the utility.  The utility proposed a new monthly fee for solar rooftop customers that will virtually wipe-out any economic savings from their systems.

The utilities new strategy doesn’t necessarily signal an end to their commitment to solar. Still, the tenor and the frequency of their assault on rooftop solar is an attempt to redefine distributed generation as “bad solar” in the marketplace.  At the same time, the state’s utilities have more “good solar” (i.e. utility-scale solar) in their portfolio than ever, and that market sector continues to prosper.

As long as the utilities are required by the Renewable Portfolio Standard (RPS) to obtain 15 percent of their electric generation from renewable resources by 2025 -- solar utilization will flourish in Arizona. If the RPS remains intact and does not come under attack like the recent offensive launched against the state’s energy efficiency standard – the promise of solar should continue to deliver benefits for all Arizonans.

However, utilities enter the New Year struggling to find ways to profit from the delivery of sunshine through their existing business model.  All things considered, utility-scale solar and utility-owned rooftop solar projects offer the same environmental benefits as customer-owned solar.  But, utility-scale solar doesn’t reduce the stress or the demand on the distribution system.  And, utility-owned rooftop solar doesn’t offer the same economic benefits to consumers or solar businesses. In the final analysis – the biggest shortcoming of this approach may be the restrictions it imposes on the freedom of individuals to choose and create their own electricity.

If the utilities fail to deliver a clean product that consumers want in 2015 and beyond – they will be inviting grid defection.

When all is said and done, the societal benefits of solar and energy efficiency must be rewarded instead of penalized.  Regulators need to examine how utilities make a profit and ask the serious question of whether to continue to reward utilities for how much they sell.  Is it time to consider rewarding utilities for such things as consumer satisfaction, reliability of service and environmental performance?

Finally, the conflict between the so-called forces of “bad solar” and “good solar” needs to end and everybody needs to get back to the business of making Arizona the Solar Capitol.

How can the assault on customer-sited solar be countered?  How can the rift between utilities and a segment of the solar electric industry be repaired?