Two years ago the Arizona Solar Center asked me to write this blog as a way to give a voice to people that didn't have a voice in the looming battle over rooftop solar.

For the past two-plus years we have provided a voice for those people.  We have written about a view of solar energy from the end-users' perspective. That has been rather easy to do -- being an end-user myself -- and having produced documentary films dating back to the 1980s that looked at the human dimension of solar energy.

Over the years of talking with people around the country, there are a few voices that still echo in my head. People that I had the pleasure to meet and spend time with talking about something much greater than the politics of energy.

I am reminded of a man I encountered in the crowd at the 8th Annual Tucson Solar Potluck: Joe Blankenship.  It was a chance meeting as I directed a film crew around the more than 100 solar enthusiasts who had set up solar ovens to demonstrate the art of cooking with the sun.  Joe wasn't cooking, he didn't have an oven, or even a recipe.  On that day he was simply a spectator.

"Until big business can figure out a way to get a meter between you and the sun, it doesn't work," he said. 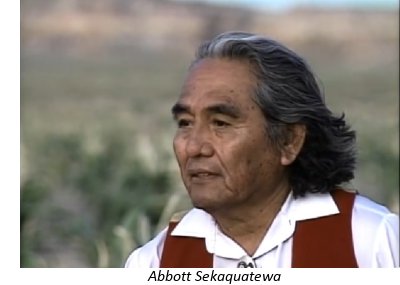 Two years later in a Hopi corn field, Abbott Sekaquaptewa told me that nobody owns the sun.  "The white man doesn't own the sun, and neither does anybody else."

Sekaquaptewa, a former four-term tribal chairman of the Hopi tribe, went on to explain to me in the simplest, most elegant way, the difference between solar power and electricity produced by a coal plant.

Then there was Barbara Kerr. Barbara, one of the primary founders of the current solar cooking movement, told me that she believed we had been offered the gift of the sun before and that we had ignored it -- and we now had the opportunity to make it part of the human consciousness.

Joe, Abbott and Barbara are no longer among us, but I still hear their voices.  And today, I wanted to share them with you.

Question: Who or what has most influenced you and your opinions on solar energy?

The Times They Are a Changing (Redux)

What a long strange solar trip it's been. . .