Earth Day: Education at its roots

I still have a vivid memory of the first Earth Day in 1970.  I was a junior high student in Lyons, Kansas. A teacher, whose name in my memory has been lost to time and the events of life, championed the cause at our school.

For a 15-minute period that bright, sunny April morning, we were released from class with the simple instruction to go outside and do something good for the planet. 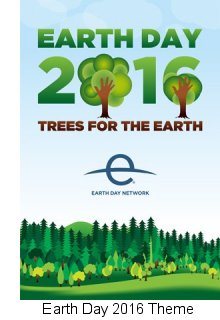 I found a tree at the southeast corner of the football field. It was tucked away in a corner next to the gymnasium and the shop building. I spent my 15 minutes cleaning up broken glass that was scattered on the ground around the base of this majestic tree.  The glass was green, most likely from a Mountain Dew or Teem bottle of pop, as both were produced at the Pepsi Cola bottling plant on the north edge of our little town.

A teacher's simple instruction and a 15-minute hands-on activity made a lasting impression on me and opened my eyes to the collective impact of many small individual actions on our environment.

We have come a long way since that April morning 46 years ago.  This memory reminds me that outside of my own family, teachers have been some of most influential people in my life. But our education system, here and across the country, is facing a funding crisis that threatens the quality of education that future generations will receive. This threat is across the board -- from the visual and performing arts to the scientific and technology fields.

With Earth Day as a backdrop, Americans are increasingly finding themselves confronted with issues that require scientific judgments. Who hasn't heard a politician utter nonsense about not being a scientist as an excuse to do nothing about climate change, or to deny the evidence from those who are scientists. And they are getting away with it because of a largely illiterate public that doesn't understand science either.

Unfortunately, less than one in five Americans could be said to be scientifically savvy, and this will continue to be at the heart of many of our societal problems unless we find a way to adequately fund our education system.

Professor Jon Miller of the Institute for Social Research at the University of Michigan has spent his entire career attempting to define and measure scientific knowledge in the United States.  Not surprisingly, his findings show a linkage between schooling and adult scientific skills, and in short, that most Americans don't have a clue.

At a time when science permeates our national debates on issues like climate change, our citizenry's inability to understand basic scientific concepts makes it hard to follow, let alone participate in, these debates.

This Earth Day, when you contemplate your impact on our environment also contemplate how we can attract the best people into the teaching profession.  After all, we ignore our collective scientific literacy at our peril.

Question: Is it acceptable to have leaders making decisions on the future of the planet who are admittedly unprepared regarding the most important scientific and technical issues of our time?

Suggested further reading (added 2019): Climate Change and Its Effects: Can We Undo it?

An erosion of principled responsibility