This year the Tucson Solar Potluck will be celebrating the art of solar cooking for the 34th consecutive year with a gathering of solar chefs at Catalina State Park on April 30.

Since 1982, this annual grassroots event, open to the general public, has helped motivate thousands of people to take up the craft of solar cooking.

But as these enthusiasts will tell you, solar cooking represents more than just a fun way to cook food.

I attended the Tucson Solar Potluck for the first time in 1989.  Within a month I had purchased two solar cookers and began practicing solar cooking on a regular basis. This newfound interest led to a two-year term (1994-96) on the board of directors of Sacramento-based Solar Cookers International (SCI). 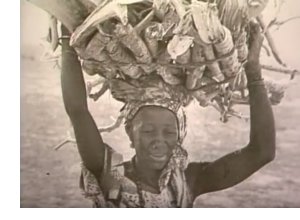 I was attracted to SCI because the organization recognized and promoted the value of solar cooking on many levels, not just as another way to cook food.

SCI advocated that solar cookers could be used for water pasteurization in areas that lacked potable water for drinking.  It also recognized that solar cooking could alleviate problems associated with the widespread practice of burning scarce wood, crop waste, charcoal, or animal dung for cooking in fuel-stressed regions throughout Africa, Asia and Latin America. These activities are directly tied to deforestation and soil fertility reduction, which in turn contributes to decreasing crop yields, food shortages and accelerated climate change.

The SCI Board initiated and supported the first solar cooking project in a refugee camp in Kakuma, Kenya.  That effort served more than 15,000 refugees from Ethiopia, Congo, Burundi, Eritrea, Rwanda and Uganda, and led to many more efforts to introduce solar cooking into refugee camps in Kenya, Zimbabwe, and Chad.

While the solar cooking projects had large impacts on the environment, they also had social impacts, changing the lives of women and children for the better. Wherever solar cookers replaced the age-old practice of cooking food over fire, it meant that women and children no longer had to spend their days collecting wood for their families' meals, thus opening up new opportunities to work and to get an education.

Even if the solar cookers contributed no more than lessening the detrimental environmental and social impacts of cooking over fire, they would have been a tremendous contribution to a better world. But solar cookers have more to offer in a fight against what some have labeled the world's greatest environmental health issue. 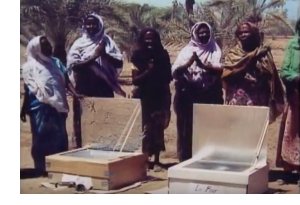 In 2011, two studies led by University of California, Berkeley, exposed "the human health effects of exposure to smoke from open fires and dirty cookstoves, the primary source of cooking and heating for 43 percent, or some 3 billion members, of the world's population."

The UC Berkley studies equated the impact from the typical wood-burning stove as the equivalent of 400 cigarettes’ worth of smoke every hour.

In 2014, the World Health Organization estimated that 4.3 million people--most of them women and children--die annually from household smoke caused by cooking. That is more people than die from malaria, tuberculosis, and HIV Aids combined.

SCI, through a network of 350 organizations and individuals worldwide, reports that there have been more than 3,000,000 solar cookers put into use over the past 25 years;  yet at the same time it is estimated that more than 2.8 billion people today are still cooking over fire.

Want to join the next generation of solar chefs?  Find out more at the 2016 Tucson Solar Potluck:  www.solarguild.org/2016-solar-potluck.html.

Question: Are you a solar chef? Share your favorite solar cooking recipe in our comment section below.