A decade ago Governor Napolitano asked me to present at an energy forum of the National Governors Association taking place in Wilmington, Delaware.

My presentation was to focus on the promise of renewable energy.

Even though this wasn't a gathering of the choir, there were few critics of renewable energy in the audience. It was a time when policy makers were looking for reasons, and ways, to embrace renewable energy.

The only negatives at the time were unfavorable economics when compared to fossil fuels.

In 2006, renewable energy, and solar energy specifically, was being promoted primarily for its non-polluting attributes. But the picture I painted for the policy makers in the room that day was of a technology whose promise also included enormous potential for job creation. 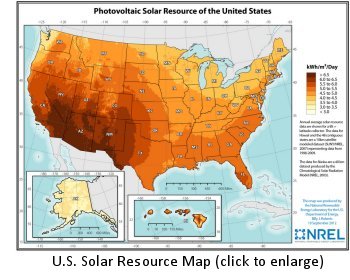 Although this was pre-Great Recession, governors and their staffs were extremely interested in being known as job creators. Solar electricity held great promise in this area, and everyone wanted to know how their state could cash in on this potential.

The first question I was asked was not surprising: Could renewable energy replace traditional energy?

At the time my response was simple: "There are times of the day and times of the year when this is possible, and those times are fairly predictable."

While that still holds true today, it won't be long before the times of day and times of year won't limit the promise. Emerging technologies can effectively manage our energy consumption. Advance sensors know how to optimize energy usage, and batteries now have the ability to store energy from peak harvest periods for lean times when it is most needed. We are slowly but surely eliminating the technological barriers to widespread use of renewable energy.

My response also related that throughout the country "a majority of residential customers have a demand between 2 and 12 kW, and that this demand is very compatible with rooftop PV systems."

But that isn't what the audience wanted to hear, and it wasn't what I wanted to tell them. They wanted to know whether a renewable energy economy could replace the fossil fuel economy in terms of jobs and payroll.

In 2006, there were 14 major component parts of a PV system. Nationwide there were more than 10,000 firms that made these component parts. These companies were located in all 50 states. At the time, more than 700,000 people were employed in these industries with a $36 billion annual payroll.

These were the facts they wanted to hear. 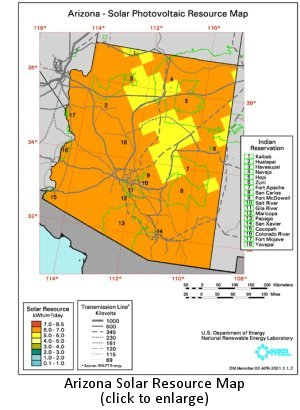 I told the audience that to cash in requires a strategic investment. Rather than spending their capital in bidding wars with each other offering lucrative incentives to lure companies to relocate from other states, the key was instead to help existing companies, the ones that were already paying taxes and employing people in their state, to re-tool their operations to manufacture products for sale into the renewable energy supply chain.

Nationally, an alliance of labor, environmental, civil rights, business, and political leaders was articulating a plan to create 3.3 million new jobs nationally through this type of strategic investment in clean technologies and infrastructure.

Policy makers across the country embraced this approach and adopted enabling legislation and regulatory policies on a state and national level that significantly increased market demand, and this market demand drove enormous growth in various renewable energy technologies. This growth, in turn, created jobs.

My presentation concluded with a plea for sustained commitment so as not to create a boom and bust cycle.

Today however, despite overwhelming favorable public opinion towards renewable energy, a handful of policy makers are attempting to roll back the gains of the last decade.

In Arizona, legislation was signed into law this week by Governor Ducey that industry leaders described in a letter to Ducey as "feigning to protect consumers from bad actors, but in reality results in placing all solar businesses at a disadvantage by increasing costs through burdensome red tape."

In short, the letter signed by eight leading solar installation companies criticizes the legislation for going against Governor Ducey's purported regulatory moratorium, instead placing additional regulation onto an industry already hard hit by recent policy decisions that resulted in the loss of 2,282 solar jobs in Arizona in the last year.

Over the course of the next year, the Arizona Corporation Commission will decide five electric rate cases that could further derail the growth of distributed renewable energy in Arizona.

These policy decisions could impact solar energy for the next decade and beyond. It is a far cry from the promise of solar that was embraced by decision makers from both political parties just a decade ago.

Question: What is the promise of renewable energy?