The chaotic political season that has defined the 2016 presidential campaign experienced a jolt over the Presidents' Day weekend with the passing of Justice Scalia.

Scalia, the Court's conservative conscious, had been key to an expected 5-4 majority on a number of issues that are on the docket this session, including the review of the Environmental Protection Agency's Clean Power Plan.

The Obama administration's Clean Power Plan is vital to US efforts to not only slow climate change and begin the healing of our planet, but also to demonstrate US leadership on one of the most consequential issues of our time. If the Clean Power Plan is upheld, or in the event of a 4-4 tie in which the lower court ruling prevails, it will cap an eight-year period during which our century-old energy infrastructure, and its dependence on fossil fuels, will have been significantly transformed.

That transformation began in the winter of 2009 when a blueprint for putting the country back to work was unveiled. That plan, the American Recovery and Reinvestment Act of 2009 (ARRA), positively impacted job creation in many market sectors within our economy. It saved 300,000 teaching positions nationwide, and helped tens of thousands of students get a college education through its increased funding for Pell Grants. ARRA was instrumental in not only averting what would have been the second Great Depression, but in changing the overall energy story for the 21st century.

As the seventh anniversary of ARRA quietly passed last week, the green industrial revolution it set off is still reinventing our economy and providing jobs for American workers across the country.

That revolution received a major bipartisan assist when a delegation of 14 Governors' Energy Directors, of which I was one, met in a conference room in the Forrestal Building in Washington, DC, with the Obama energy-transition team. That pre-inauguration meeting in early December of 2008 laid the foundation for incorporating nearly 30 energy programs into ARRA in what has turned out to be the most ambitious energy legislation in history--a down payment of more than $90 billion on a new energy economy.  It funded unprecedented investments in wind and solar, energy efficiency and electric vehicles, and provided the capital to retool our factories and to train a green workforce. 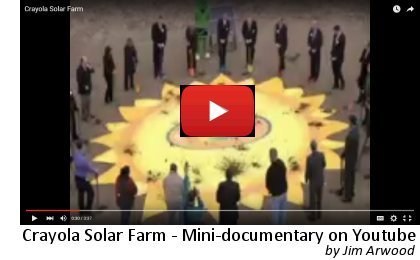 Consider for a moment, that in 2009 there was not one single utility-scale photovoltaic (PV) power plant in the US larger than 100 megawatts (MW). ARRA jump-started the solar transition, funding the first five solar power plants in excess of 100 MW. Today, private investment has grown that number to 28 nationwide--and these plants are supplying clean energy to more than six million homes across the U.S.

Photovoltaic installations as a whole have increased more than eight times since ARRA funding began to flow into PV projects nationwide.  In 2010, the solar industry installed 929 MW of solar capacity.  In 2015, over 7,430 MW were installed, and as a result the average price of solar panels has dropped more than 60 percent during that time.

According to the Solar Job Census, solar industry employment has grown by 123 percent over that timeframe.  Since 2010 there have been more than 115,000 new US jobs created in the solar sector. The solar industry now supports over 208,000 direct jobs, and when factoring in the solar supply chain that number jumps to over 610,000 jobs.

ARRA has helped re-invent the US auto industry too, establishing America as the world’s leading plug-in electric vehicle market through its support of 37 advanced battery and electric drive component manufacturing plants. The US also leads the world in electric vehicle (EV) deployment, as ARRA grew the EV infrastructure from 500 charging stations to over 12,400.

ARRA funded the world's largest land-based wind farm and built some of the world's largest wind test facilities. This investment helped bring the cost of wind power down to an average cost of $0.04 per kilowatt hour, which is competitive with other "traditional" forms of energy.  As a result, wind generation nationwide grew by 145 percent from 2008 to 2012, and today more than 66 million homes receive some of their electricity from wind power.

ARRA also brought the nation's electrical infrastructure into the modern age.  More than six million smart meters were installed, including more than 50,000 in Arizona throughout the Salt River Project service territory.

In Arizona, more than $150 million flowed into clean-energy projects and programs that I and a team of dedicated professionals at the now shuttered Arizona Energy Office put in place over a three-month period from February to May, 2009.  Our plan put ARRA funds to work throughout the state. Some of the results include:

In addition to the aforementioned projects and programs, our Energy Efficiency and Conservation Block Grant program funded with ARRA monies provided the needed capital for clean energy projects in more than 60 communities in the state and every county.

Examples of projects include:

I am in awe of the ARRA accomplishments here and across the country.  I was honored to have had the opportunity to be a part of these programs and projects – and to have worked side-by-side with so many dedicated people that gave so much of themselves.  Their contributions mattered then, and they matter now.  ARRA laid the foundation for a new energy economy that will make a difference in our world for years to come.  If the Clean Power Plan survives the partisan challenges it faces – it will build a cleaner energy future on the ARRA foundation.

Question: What will the energy landscape in America look like in 20 years?

We're Number 1: The Only State Without An Energy Office

The Clean Energy Story of 2014: There is No Planet B

The Calm Before the Storm