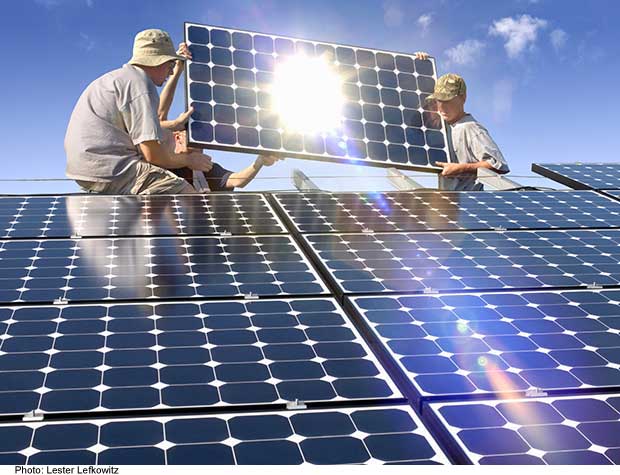 By Suma Jothibasu and Surya Santoso

Regulations in most states obligate utilities to derive some of their  electricity generating capacity from renewable sources. Unsurprisingly, the most  widely available options—wind and solar—dominate. The International Energy Agency (IEA) estimates that by 2050, solar photovoltaic (PV) power generation will contribute 16 percent of the world’s electricity, and 20 percent of that  capacity will come from residential installations.

By offering local generation, residential or rooftop PV reduces the need for transmission facilities  to move power from large generating stations to distribution substations. But the effect on the distribution grid is less straightforward. The conventional distribution grid is designed for neither two-way power flow nor large generation capacity. So the prevailing thought is that  the grid will need a costly upgrade to accommodate the high PV penetration. Our study within  the Full Cost of Electricity (http://energy.utexas.edu/the-full-cost-of-electricity-fce/) program aims to estimate the cost of maximizing residential PV capacity without any grid impacts. The bottom line? We found  that  even without hardware upgrades to the distribution circuits, such circuits can handle significant solar generation.

We looked at it three ways: Allowing the largest PV generation

1. without making operational changes to the circuit or upgrading the infrastructure;

2. with a few modest operational changes in the equipment already  installed; and

3. with additional infrastructure upgrades such as smart inverters and energy storage.

(Note that  accommodating the first two capacities does not require any integration costs, beyond  some minimal cost associated with the operational changes in the existing  devices.)

Depending on a distribution circuit’s characteristics, the maximum PV capacities it can handle range  from as low as 15.5 percent of the median value of the daytime peak load demand (2.6 megawatts in one particular circuit) to more  than 100 percent (3.87 MW in another circuit). These results suggest that  significant rooftop PV generation can be integrated in the grid with little or no additional  Photo:  Lester Lefkowitz cost to utilities and their  customers and without causing any adverse grid impacts. In fact, our study shows that  at such levels, impacts due to PV generation are either non-existent or can be addressed by appropriate circuit  operational changes. 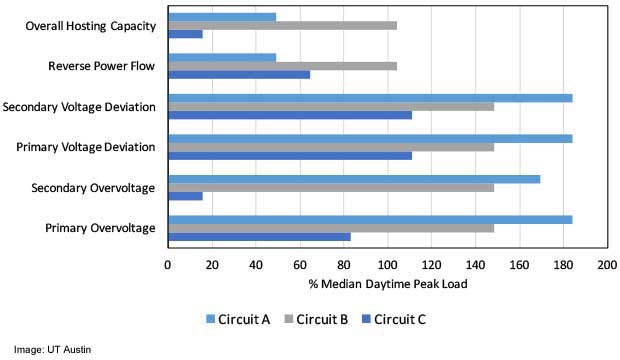 In one example, an operational change was able to boost photovoltaic capacity from 15 percent to 47 percent. The PV hosting capacity of the circuit  in that  same  example can be boosted from 47 percent to 80 percent if as many  as one-third of the photovoltaic installations include smart inverter technologies.

Although adding energy  storage would also increase hosting capacity, we find that  the cost of energy storage systems would be significant, and so it is unjustifiable if the sole purpose is to increase PV penetration.

For details of which circuit  characteristics affect photovoltaic capacity, as well as other calculations, read the complete white paper “Integrating Photovoltaic Generation (http://energy.utexas.edu/files/2016/09/UTAustin_FCe_Int_PV_Generation_2016.pdf)[PDF], part  of the Full Cost of Electricity Study conducted by the University of Texas Austin Energy  Institute (http://energy.utexas.edu/). (IEEE Spectrum is blogging about the study  and linking to the white papers as they are released.)

Suma Jothibasu is a graduate student and Surya Santoso (http://aspires.ece.utexas.edu/bio.html) directs the Laboratory for Advanced Studies in Electric Power and Integration of Renewable Energy Systems, within the Department of Electrical Engineering, Cockrell School of Engineering at the University of Texas Austin.