The fabricated internet-based news story that solar energy is more damaging to the environment than power generated from fossil fuels is getting traction on social media, and the misinformation campaign it represents is our story of the year. 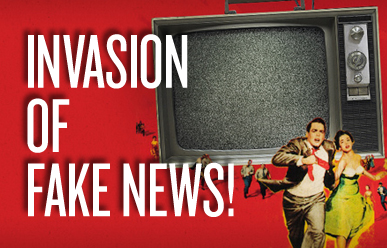 The bottom line is that the facts do not support the claim that solar energy contributes more to climate change than fossil fuels.

According to the 2011 report on renewable energy sources and climate change mitigation, the International Panel on Climate Change calculated the life-cycle global warming emissions associated with renewable energy—including manufacturing, installation, operation and maintenance, and dismantling and decommissioning—as minimal [1].

It is a narrative that is repeated by other research and data that has been collected and reported in peer studies over the past decade.

It should be no surprise that coal is the most polluting electricity generating resource and renewables the least. Coal emits more than 20 times as much carbon dioxide equivalent per kilowatt-hour compared to the life-cycle carbon emissions for solar PV. The comparison between coal and wind is even greater. Coal emits nearly 80 times as much carbon dioxide for each kilowatt-hour of electricity generated [2].

The environmental and economic benefits of solar are great. So why are we allowing a truly great narrative to be hijacked by misinformation that is intended to undermine the very foundation upon which the renewable energy industry was built?  The misinformation, while easily refuted, still inflicts damage.  For every person that will see and read a correction, ten won’t.  The lie that Winston Churchill spoke of will have considerably more impact on perception of an issue than the facts that are marshalled to refute the original lie.