How a Battery is Recycled

98% OF A LEAD ACID BATTERY IS RECYCLABLE

The first step in simple, the bottom of the scrap battery is cut by a mechanical saw, allowing the sulphuric acid and any lead suspended in the acid to be drained off. The battery is then fed into a hammer mill for crushing.

Once crushed, the remaining components are floated off through a series of flotation ponds. The plastic pieces of the battery case, each by now no larger than a fifty cent coin are re-granulated into plastic which is used to manufacture the next generation of battery cases.

Next, the remaining two components of the scrap battery - lead and lead oxide - are fed into a rotary furnace along with lead dross, sludge, coke and other additives used to assist in the removal of impurities. This mixture is smelted for about seven hours at temperatures of approximately 500 degrees Celsius (that's over 900 degrees Fahrenheit).

The molten lead is poured off into a holding kettle and then transferred into refining pots where the final impurities and dross are removed. Lead with a purity of 99.97 per cent is capable of being made, however sometimes, antimony or calcium is added to the lead to make alloys. Various grades of lead alloy are made, depending on the manufacturing end use.

The refined lead is then used to manufacture new generation batteries.

Lead acid batteries are crucial to life in the modern world. They are essential to transport and communication systems, electrical utilities and often provide life-saving backup during power failures.

Many times, we do not realize how important batteries are because, so often, they can not be seen. Batteries are typically out of sight and out of mind.

Electric wheelchairs are powered by batteries, as are electric forklifts and industrial vehicles in warehouses, distribution centers, mines and other enclosed spaces where fumes from combustion engines would be hazardous. Without these powerful workhorses, life as we know it could be very difficult and different.

Lead acid batteries, while developed in the late 19th century, look likely to be a crucial power source well into the 21st century. Inventors are striving for economic battery-power alternatives to oil and gas fuels. 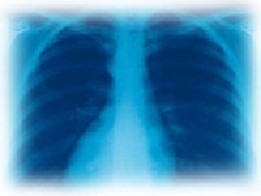 LEAD IS A VALUABLE RESOURCE.

The value of lead has been known for centuries. Lead products formed part of the Ancient world's wonders, from lead-glazed mosaic tiles, to stained glass windows and the hanging Gardens of Babylon.

Lead roofing and flashing has been used in Europe for years because of its low maintenance, resistance to corrosion, ease of installation and its beauty. St Paul's Cathedral in London was built with a lead roof in the 17th century and it has never required re-roofing. Lead is renowned for its resistance to moisture. Power companies sheathe underground electric cables with lead to protect against dampness.Lead alloys are used for X-ray and radiotherapy shields for cancer patients. It is essential in television screens and computer monitors because lead compounds can block radiation without affecting screen quality. Lead is used to provide top quality soundproofing in some of the world's best hotels. It is also used to protect against high altitude radiation in commercial aircraft.

Lead's future also looks promising. The first lead based computer chips have been developed to retain data when the power is switched off and lead shock dampers are now used for earthquake damage prevention.

When lead acid batteries are improperly disposed of, the acid inside them can leach into soil and waterways causing serious contamination. Recycling lead acid batteries safely means a lot less lead gets into the environment and therefore, health risks are much reduced.

RESPONSIBILITY AND THE BATTERY MANUFACTURER

As responsible battery manufacturers, all U.S. Manufactures are committed to ensuring the majority of used lead-acid batteries are recycled.

These companies believe strongly in moving with the technological improvements. They are also committed to continuing to providing the "cradle to grave" management of all Lead Acid products.

(Original source of this article is unknown.)