In the Spring of 1987, Ray Harm sat on the veranda of his solar-powered ranch house on the edge of arroyo in Browns Canyon -- explaining climate change to me.

The Southern Arizona rancher and nationally known wildlife artist talked about a day when people will finally wake-up and realize humankind's activities are negatively impacting our climate.

Today, 30 years later, that day may finally be dawning. Delegations from 196 nations are meeting in Paris beginning on Monday to draft a new agreement on greenhouse emission targets.

While the world's leaders meet to discuss how to slow, stop and reverse course -- deniers are mounting last ditch efforts aimed at derailing any serious discussion that may upset the status quo. 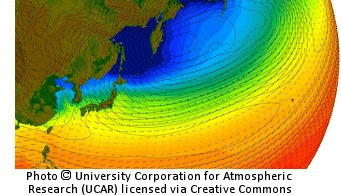 Members of the U.S Congress are trying to undo the Environmental Protection Agency's best attempt to date to slow greenhouse gas emissions.  The so-called disapproval resolution under the Congressional Review Act seeks to overrule the EPA's Clean Power Plan that targets emissions from coal-fired power plants. The Congressional Review Act gives Congress 60 days to review, by means of an expedited legislative process, new federal regulations issued by government agencies and, by passage of a joint resolution, to overrule a regulation.

That is going on as we speak in Washington DC.

President Obama has promised to veto the Senate Joint Resolutions (SJ. Res 23 and 24) that attempt to stop the new power plant rule under Section 111b of the Clean Air Act, and roll back the existing power plant rule under Section 111d of the Clean Air Act/Clean Power Plan. The resolutions are sponsored by Senators, Republican and Democrat, representing coal producing states -- Senator McConnell (R-KY) and Manchin (D-WV), and Sen. Capito (R-WV) and Heitkamp (D-ND).

The resolutions, scheduled for final passage this week, are aimed at weakening negotiations at the U.N. Framework Convention on Climate Change Conference in Paris.

This is first salvo in what is sure to be a major political topic during next year's Presidential Race.  As Republicans attempt to undo government regulations, Democrats point to the impacts that climate is already having on the world's climate and the consequences of that impact.

Those impacts include a very warm Arctic in 2012 that researchers link to Hurricane Sandy and drought in the Middle East that a National Academy of Sciences report not only connects to today's refugee crisis, but concludes that human influences on the climate system are partially to blame.

"Before the Syrian uprising that began in 2011, the greater Fertile Crescent experienced the most severe drought in the instrumental record. For Syria, a country marked by poor governance and unsustainable agricultural and environmental policies, the drought had a catalytic effect, contributing to political unrest."

So, as the politics of climate change heat up -- it is worth noting that public sentiment is on the side of actions limiting carbon dioxide emissions. A November 2013 survey conducted by the Woods Institute at Stanford University, showed a clear majority of Americans of all political orientations --  not only believe that climate change is real, but believe that humans are the cause, and it is becoming more serious.

Question: Do you believe that climate change is going to be a priority issue in next year's Presidential election?