In utility-scale electricity generation over the course of a day there is a timing imbalance between peak demand and renewable energy production. Especially in Arizona, the peak demand often occurs after sunset, when solar power is no longer available. A graph of power production with various future estimated solar production levels tends to develope into a clasic duck shape and has been named the duck curve. (the image below is from NREL and not specific to APS) 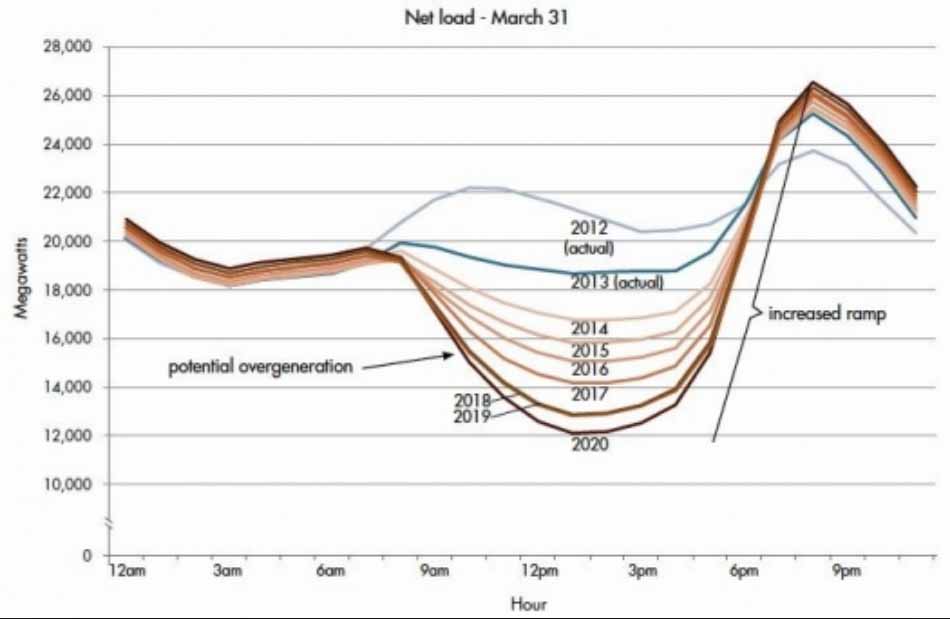 Arizona electric utilities have been dealing with this mismatch of load and generation by ramping up/down their various generation sources. Another solution to the problem is storing some of the solar generated energy for later use to reduce the peak generation required of the conventional sources.

APS has announced their plan for testing a large scale battery system to help solve this problem. AES will develop a 100MW battery for APS. In addition to being able to shift energy, the installation will be used to provide "critical peaking capacity" and “increased” grid reliability. AES will provide a system with a four-hour duration based on Fluence’s Advancion platform. It will be leased under a 20-year contract with AES the owner and operator of the project. The cost per kWh shifted has not been disclosed.

APS states "APS will add battery storage to its existing fleet of solar power plants, build new solar plants with storage, and use storage to deliver cleaner energy to customers at times of peak energy usage. As a result, APS customers will be able to use solar energy even after the sun goes down. Family dinners, prime-time television and bedtime reading lights will all be powered by a cleaner energy mix."