Almost Too Much Wind Power in Europe 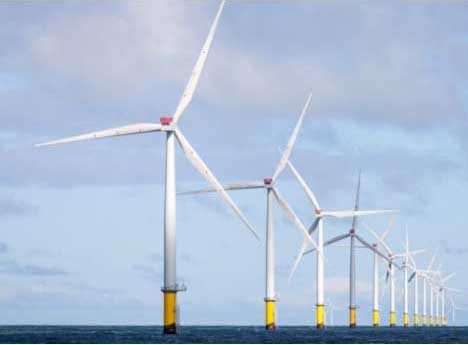 But we can't always rely on bad weather.

This is one of the technical problems with renewable energy, sometimes the local utility (or even regional inter-tie area) will end up with more renewable energy than anticipated or useful.  For many reasons local utilities do not generate all the energy their customers need.  In the USA and Europe there are wholesale energy markets in which utilities and independent power producers buy and sell energy under contracts. There can be minimum and maximum power levels for specific time periods.  System operators need to maintain a balance of generation vs. customer loads (not a simple task), and must consider the varying load characteristics of the various generation sources. As a result some suppliers may be told not to supply contracted power (and may receive compensation as a result), and adjoining utilities may be paid to accept some extra power.

It's been very windy across Europe this week (June 5, 2017). So much so, in fact, that the high wind load on onshore and offshore wind turbines across much of the continent has helped set new wind power records.

For starters, renewables generated more than half of Britain's energy demand on Wednesday—for the first time ever.

In fact, with offshore wind supplying 10 percent of the total demand, energy prices were knocked into the negative for the longest period on record. The UK is home to the world's biggest wind farm, and the largest wind turbines, so it's no surprise that this was an important factor in the country's energy mix.

Indeed, there were a few periods in recent days during which Denmark's supply of wind energy alone exceeded local demand—as much as 137 percent  overnight when demand was lower.

In total, around two percent of Europe's total energy supply was being provided by offshore wind on Tuesday.

Producing more energy than your country can use isn't always a bad thing. It often simply means that energy can be sold on to neighbors, as is frequently the case with Danish supplies to The Netherlands, Germany and Norway.

The news comes not long after it was revealed that, worldwide, renewables supplied a record 161 gigawatts of electricity in 2016—and at a price that was 23 percent cheaper than it would have been in 2015.

Of course, one of the main features of energy sources such as wind that is made clear by this recent news is just how variable, or perhaps unreliable, it is. As a result, most countries still rely on more predictable sources of energy such as gas, nuclear, or biomass to provide their "base load"—the minimum demand on the electricity grid over time.