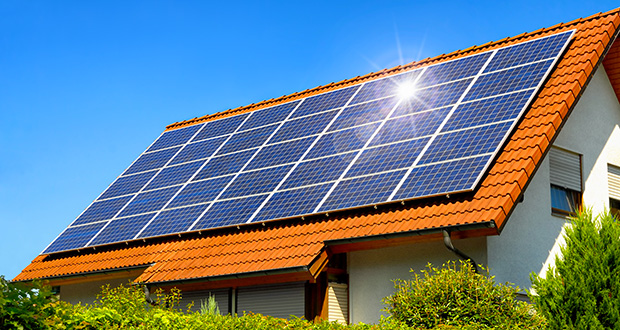 An Arizona utility can’t escape being sued for anti-trust violations for the rates it sets solely because it’s a quasi-governmental entity, at least not now — if ever, a federal appeals court ruled Monday.

The 9th Circuit Court of Appeals rejected arguments by attorneys for Salt River Project that SolarCity cannot challenge its pricing system. The appellate judges said they have no authority to consider the finding of a trial judge in Phoenix who said the challenge should be allowed to go ahead.

While Monday’s ruling is specific to SRP and its claims of immunity from suit, the implications could be broader.

Unless overturned on appeal, it means SRP ultimately could have to defend in court the rates it charges customers who want to generate their own electricity.

That could lead to rulings on how broad is the ability of utilities, all of which are monopolies, to set rates in a way that could harm other companies. And that, in turn, could impact efforts by other Arizona utilities to increase costs to solar customers.

“We would argue that ours is a statutory pricing process and that the courts have no business setting rates,” he said. But Harelson said if the case goes to court, the company believes its rate structure — and the additional charges imposed on solar customers — can be justified.

That’s the same argument that is being advanced by utilities like Tucson Electric Power and UniSource Energy which have pending rate hike requests.

Arizona Public Service has reached a settlement with SolarCity and other solar companies. But that deal is contingent on review by a hearing officer and final approval by the Arizona Corporation Commission.

Central to the debate is whether customers who install their own rooftop solar units and generate some of their own power are effectively being subsidized by others.

“Because solar customers are unable to completely disconnect from SRP’s grid — they still need power in the evening hours and at other times when their energy demands exceed what their solar energy systems produce — they cannot escape SRP’s penalty,” the lawsuit contends.

That penalty, according to SolarCity lawyers, is about $600 a year, an increase of about 65 percent over prior rate plans. That compares with an average 3.9 percent increase for residential customers who buy all their power from SRP.

“Customers recognize that SRP’s new pricing plan leaves them with no choice: After the effective date of SRP’s new plan, applications for distributed solar energy systems in SRP’s territory fell by 96 percent,” the lawsuit states.

All that, the lawyers contend, are part of SRP’s illegal efforts to eliminate competition and violate anti-trust laws.

SRP, for its part, contends the fact that the rates were approved by its governing board precludes the SolarCity lawsuit. Its attorneys said there was the legally required notice and comment period, public hearings, a board vote and an opportunity to challenge the board’s decision in state court, something SolarCity chose not to do.

Beyond that, Harelson said SolarCity can’t rely on antitrust claims. He said those laws “generally let businesses set their prices in a way that allows them to recover their costs, without regard to the impact of those prices on companies like SolarCity.”

That contention, Harelson said, is backed by the policies adopted by the Arizona Corporation Commission — which regulates utilities other than SRP — which concluded that utilities should be able to recover the cost of serving any particular group “and avoid shifting costs from solar customers to the rest of the customer base.” But the exact amount of what that figure is has to be decided on a case-by-case basis.