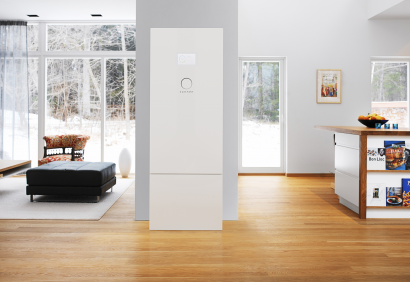 Energy storage doesn’t look as expensive when it’s part of your mortgage.

Sonnen has signed a contract with an Arizona homebuilder to install its energy storage systems along with rooftop solar on each residence in forthcoming developments.

This has long been a goal for the company, which aims to create a community of homeowners who produce and exchange clean energy, while performing distributed grid services. The sonnenCommunity in Germany has grown to 8,000 members and functions like its own utility. That robust vision would be hard to implement in the U.S., given the regulatory structures in place here.

Loading up a new-build housing development with storage may be the next best thing.

Including storage offsets the potential strain on the grid that comes from packing a feeder with a lot of new distributed solar. Savvy site selection can place the fleet of battery-equipped homes at locations on the grid most in need of some help.

"Your duck curve in this very particular node without storage is extreme," said Olaf Lohr, head of U.S. business development, describing a new neighborhood packed with rooftop solar. "But we add storage to it, and we actually alleviate that problem right away."

That sounds like a decentralized version of what utility Arizona Public Service has done with its most recent grid battery deployment. It placed two 2-megawatt AES storage systems at different points on a solar-heavy feeder in a valley northwest of Phoenix, in order to test how the location influences the system's ability to maintain power quality and voltage control.

That feeder serves a newly built housing community that features abundant rooftop solar, encouraged by the sunny climate and the west-facing roofs that can catch the late afternoon sun.

Sonnen has not finalized an agreement with a utility yet to make use of its forthcoming home network. Theoretically, the fleet of battery systems could deliver aggregated peak capacity, renewables integration, demand response or ancillary services. In practice, such virtual power plants are still being demonstrated in the U.S., especially when it comes to residential-sited systems. In Germany, Sonnen has already been doing it for several years.

The company wasn't ready to reveal the name of the homebuilder partner, but described it as a progressive builder that typically constructs 200 homes a year and aims for 300 in 2018. The project is expected to break ground in Q4.

Customers who move into the homes will automatically join the sonnenCommunity. What exactly that means for a U.S. customer is still being decided, but it will include assistance on one's energy bill, said Senior Vice President Blake Richetta.

This community won't be able to link up with the thousands of members in Germany that have entrusted Sonnen with managing their storage units, so the initial population will be limited. The team is hoping to figure out a special utility program for the homes to participate in grid services first, and then develop a more robust community trading system later on.

That's the reverse of how the platform developed in Germany.

The Arizona projects will provide an early case study of how a residential community interacts with the grid when it can both generate and store its own power. Whether Sonnen can earn money from the utility for creating this potential grid asset remains to be seen.

The company appears confident that the venture can work even without a grid service contract in hand.

The target audience here is the sustainably minded customer with some money to spend. Sonnen pitches itself as a product that lasts longer and provides more value over time than some competitors that focus more on a cheaper upfront battery cost (think Tesla, Richetta's former employer).

Wrapping the cost of the Sonnen system into the home mortgage eliminates sticker shock and the difficulties of residential storage financing. If the customer wanted to go solar anyway, the storage offers long-term assurance in the face of the state's reduced compensation for surplus solar.

Whether or not that investment is economical for a given homeowner is hard to tell from the outside, and that may well be beside the point. Almost all installed Sonnen units in North America last fall were set on backup mode, which doesn't generate revenue for the owner but provides peace of mind in the event of a blackout.

The economics that matter most are whether the homebuilder profits from the partnership, and if the first round works well enough to lure in national homebuilders to scale the concept.